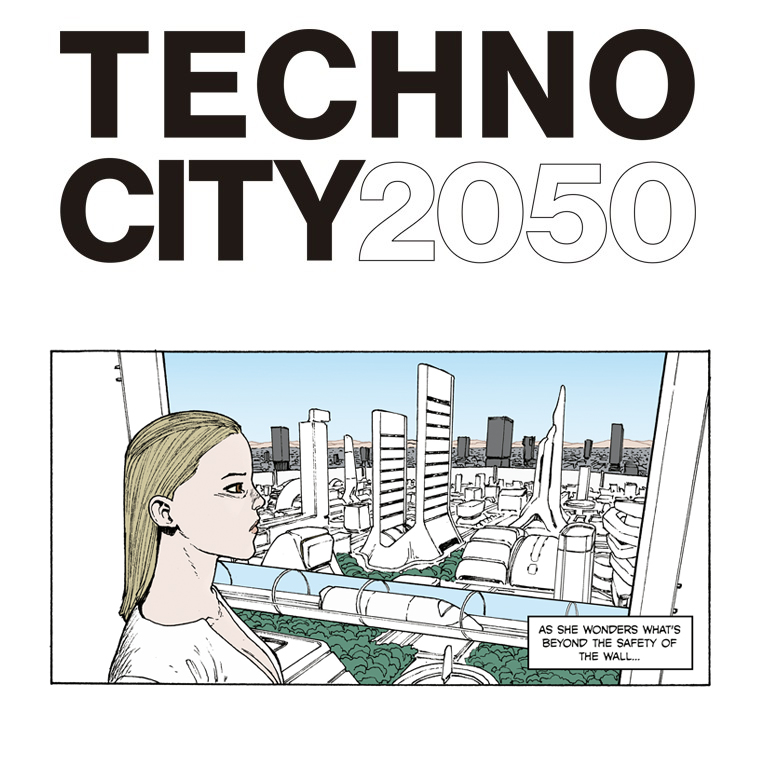 The TECHNO CITY 2050 prologue introduces VAVA’s future graphic novel. This prologue is an immersive experience that shows us some references that have inspired and shaped the vision of Pedro da Silva, VAVA’s creative director.

Pedro invited comic book artist André Lima Araújo to interpret VAVA’s vision and to create this graphic novel. All of the images were hand-drawn. André is known for his exquisite illustrations that grace numerous Marvel and DC Comics titles.

The brand concept is closely connected to the “post-industrial” society in which we live, and the growing belief of belonging to a “post-human” age. Inspired by science fiction movies, particularly “2001: A Space Odyssey”, “THX1138” and “Blade Runner”, which can be read as the “racing to stand-still” that is bound to result from an excessively one-sided belief in technological progress. The brand’s mission represents the man in control of the technological world whilst ahead of himself, expressing the antithesis of acceleration and rest. 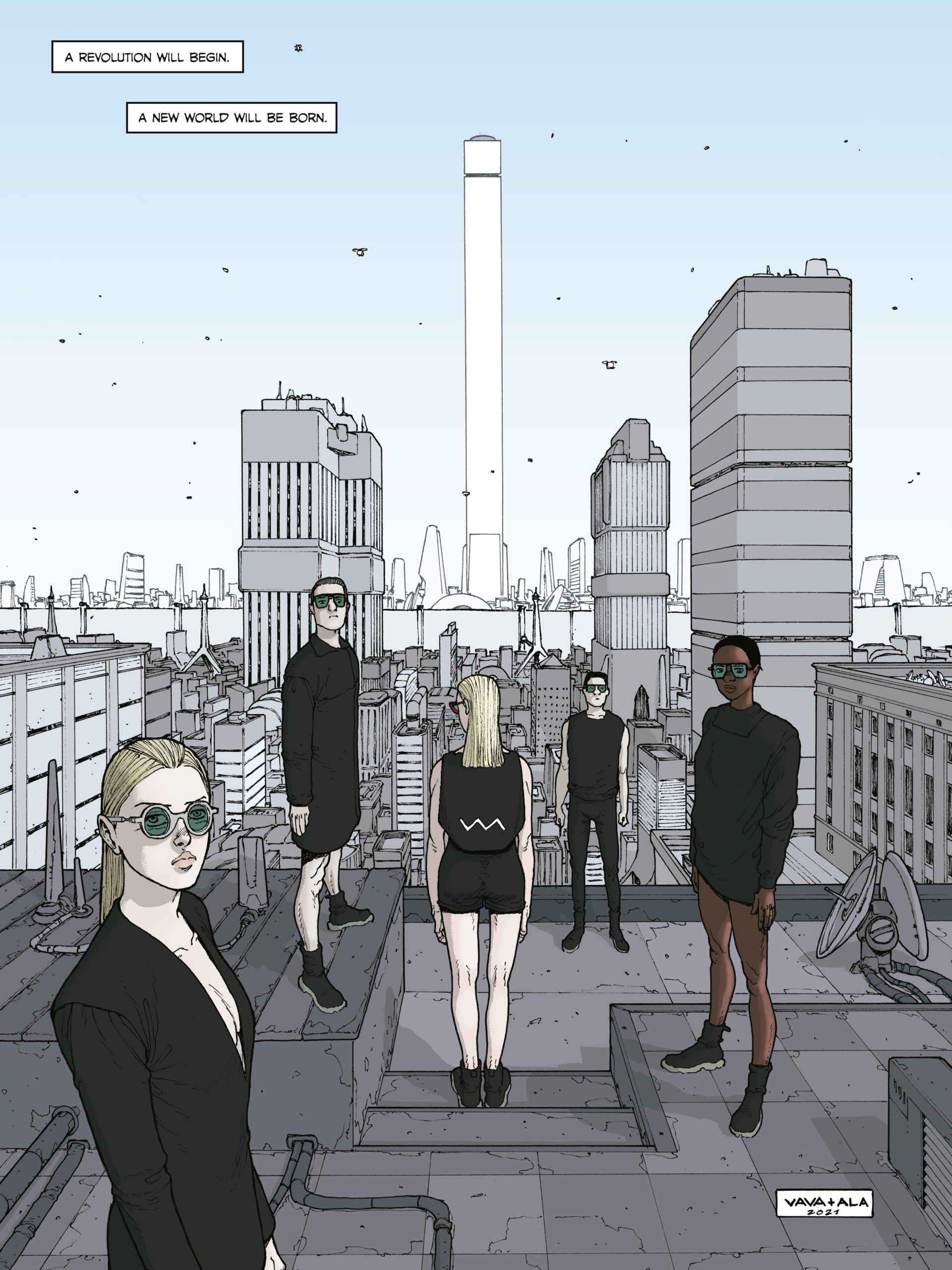 VAVA is a conceptual and visionary brand. The prologue invokes a compilation of references aiming to manifest VAVA’s soul.

Some of the influences of VAVA are indicated in the following two pages in numbered bubbles. The corresponding text helps to delve and dig into the brand’s soul. 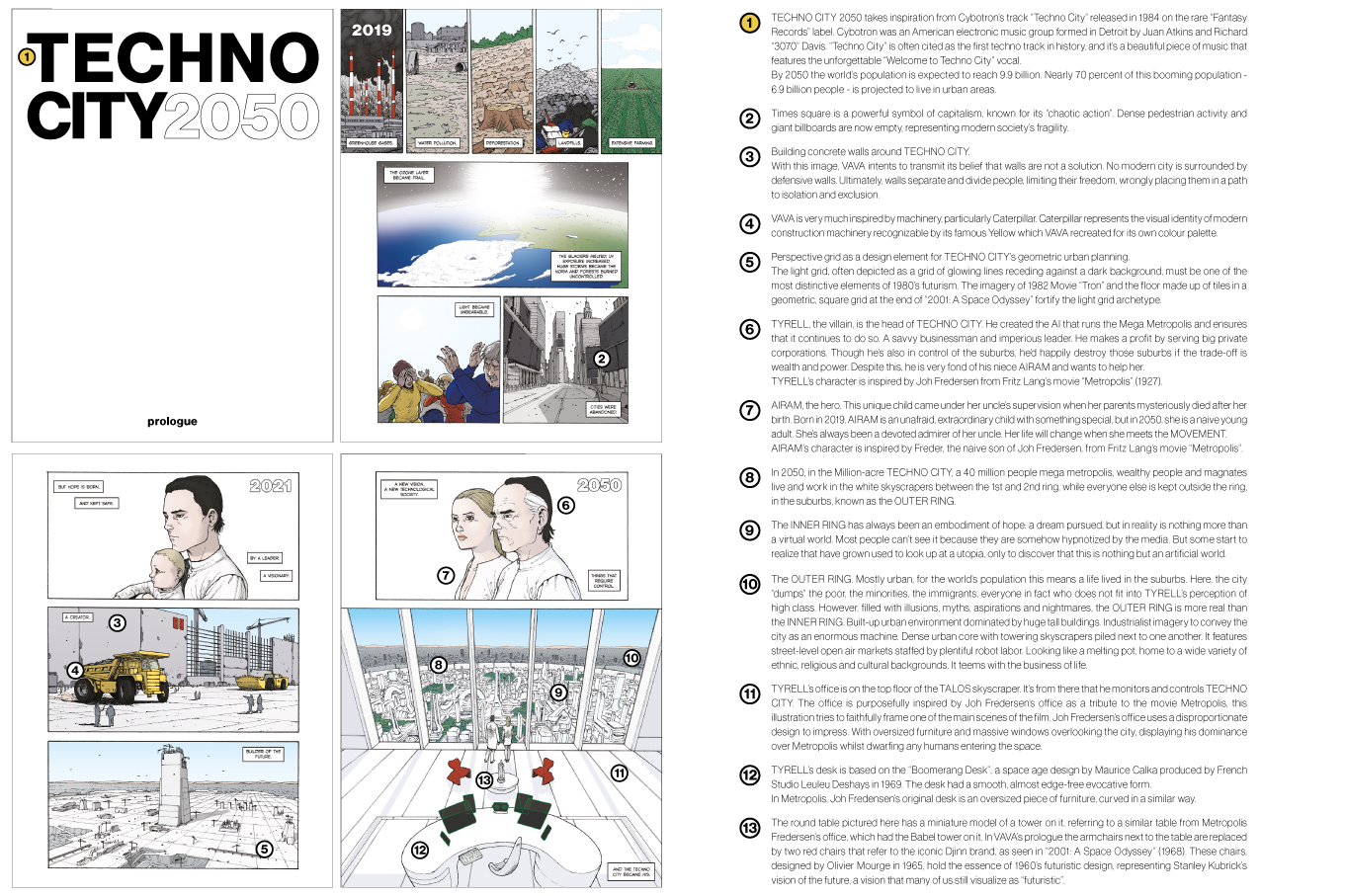 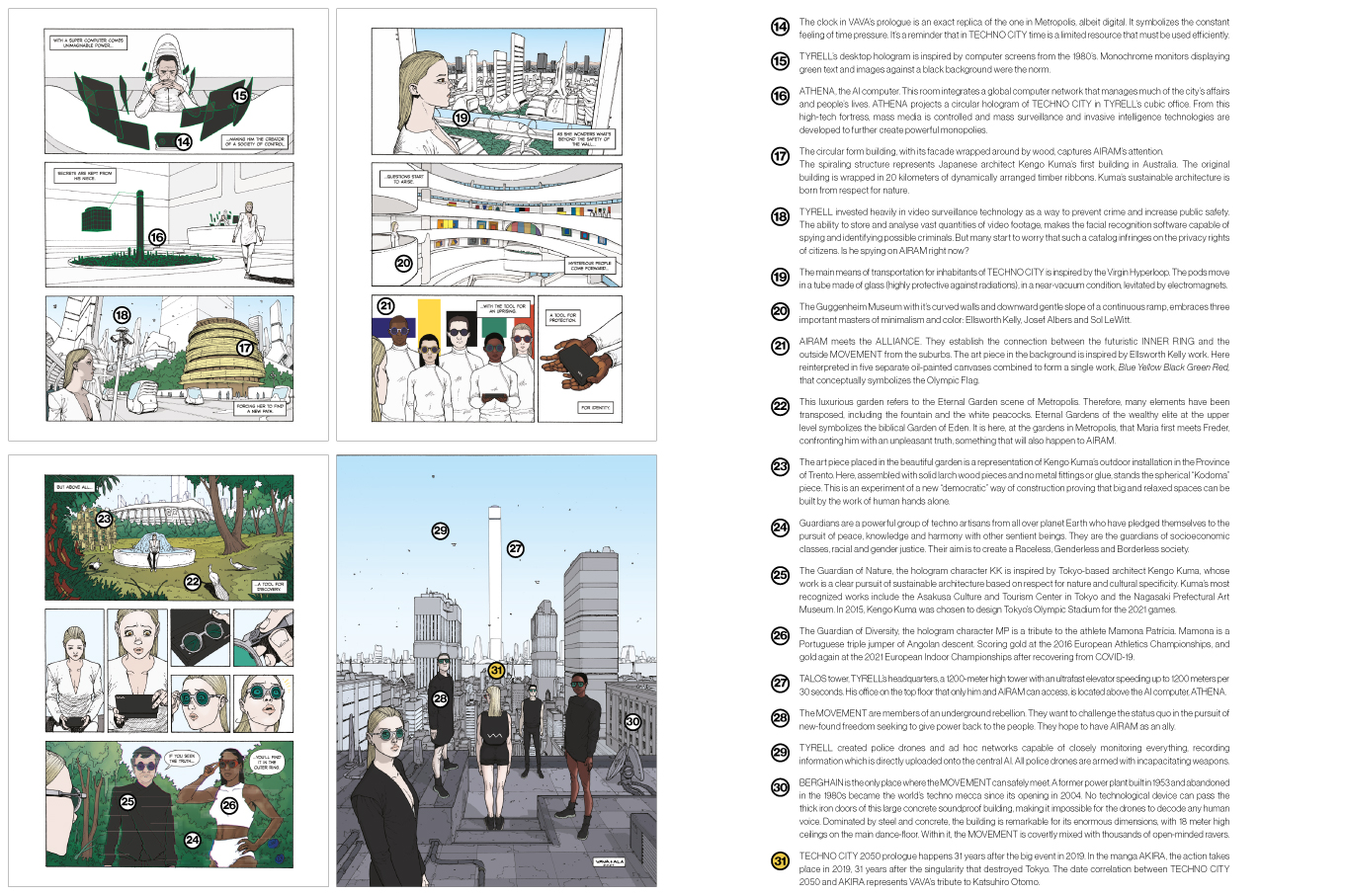