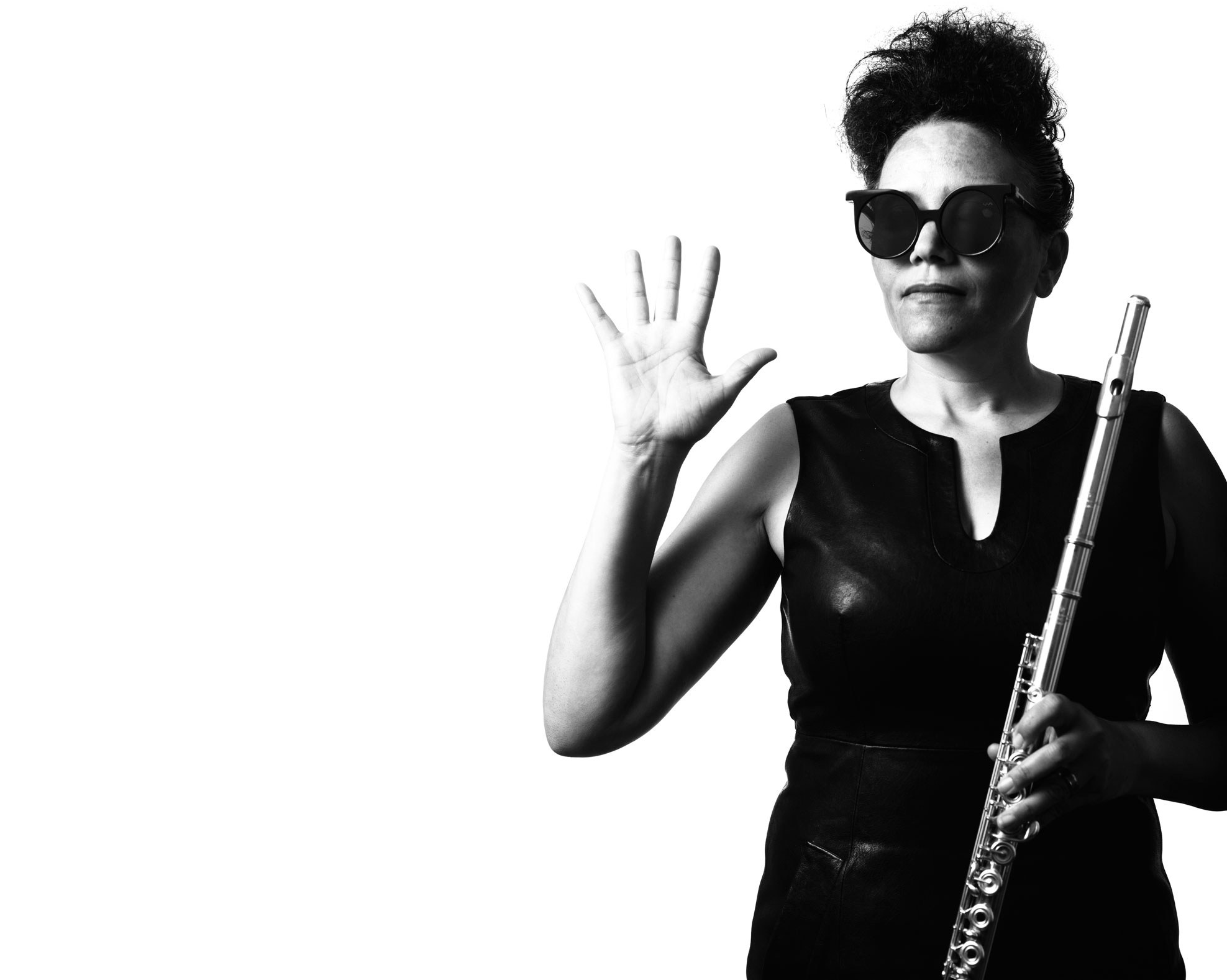 “Sci-Fi is one of my ultimate connections with music because, as an experimental musician, it gives a bridge for people to really understand what I’m doing.” Chicago-based flautist, improviser and composer Nicole Mitchell’s latest album makes her deep interest in science fiction more explicit than ever. Intergalactic Beings, recorded with her 10-piece Black Earth Ensemble, is a moving and unsettling examination of the themes explored by Afrofuturist author Octavia Butler in her Xenogenesis trilogy. Like much post-war speculative fiction, Butler’s work uses imaginative scenarios to comment on contemporary society: her Xenogenesis novels employ alien abduction as a metaphor for slavery – but, like so much Afrofuturist literature, they also point towards a sense of redemption, of ultimately finding a better way to live. “I definitely dig the utopian possibility with Sci-Fi,” agrees Mitchell. “Octavia Butler was amazing because she could use Sci-Fi to help us re-evaluate current social issues, through future fantasy.”

For Mitchell, these ideas are also intimately connected to her home city. For decades, Chicago has been a hotbed of musical Afrofuturism. It can be traced back to Sun Ra’s blending of ancient Egyptian mythology and Space Age prophesy in the 1950s, through the Art Ensemble of Chicago’s call for Great Black Music Ancient To Future from the 1960s onwards, and on into the 21st century with Hieroglyphic Being’s meditations on Chicago House. And it’s a lineage that’s provided a natural home for Mitchell: “I spent my later childhood years in Southern California, and when I was about 20 I went to see Sun Ra performing in Los Angeles. I had the opportunity to meet Sun Ra and all the musicians including June Tyson and Marshall Allen. That experience was transformational and Sun Ra invited me to go study with the band in Philadelphia when I was ready. Instead fate had me move to Chicago.” Mitchell soon established herself as a central figure in Chicago’s avant-garde jazz community. Since the mid-90s, she’s been a member of the city’s legendary Association for the Advancement of Creative Musicians (AACM) – alongside the Art Ensemble and other key Chicago musicians – and was its first woman president. “Chicago has a spiritual force,” she says. “No one knows how long Black people have been actively engaged in the ritual of drum and dance on Lake Michigan on Chicago’s southside. It’s a natural occurrence, just as so many creative musicians including Sun Ra, Kelan Phil Cohran, Steve Coleman and Henry Threadgill were compelled to study astronomy and connect it with the practice of improvisation.” 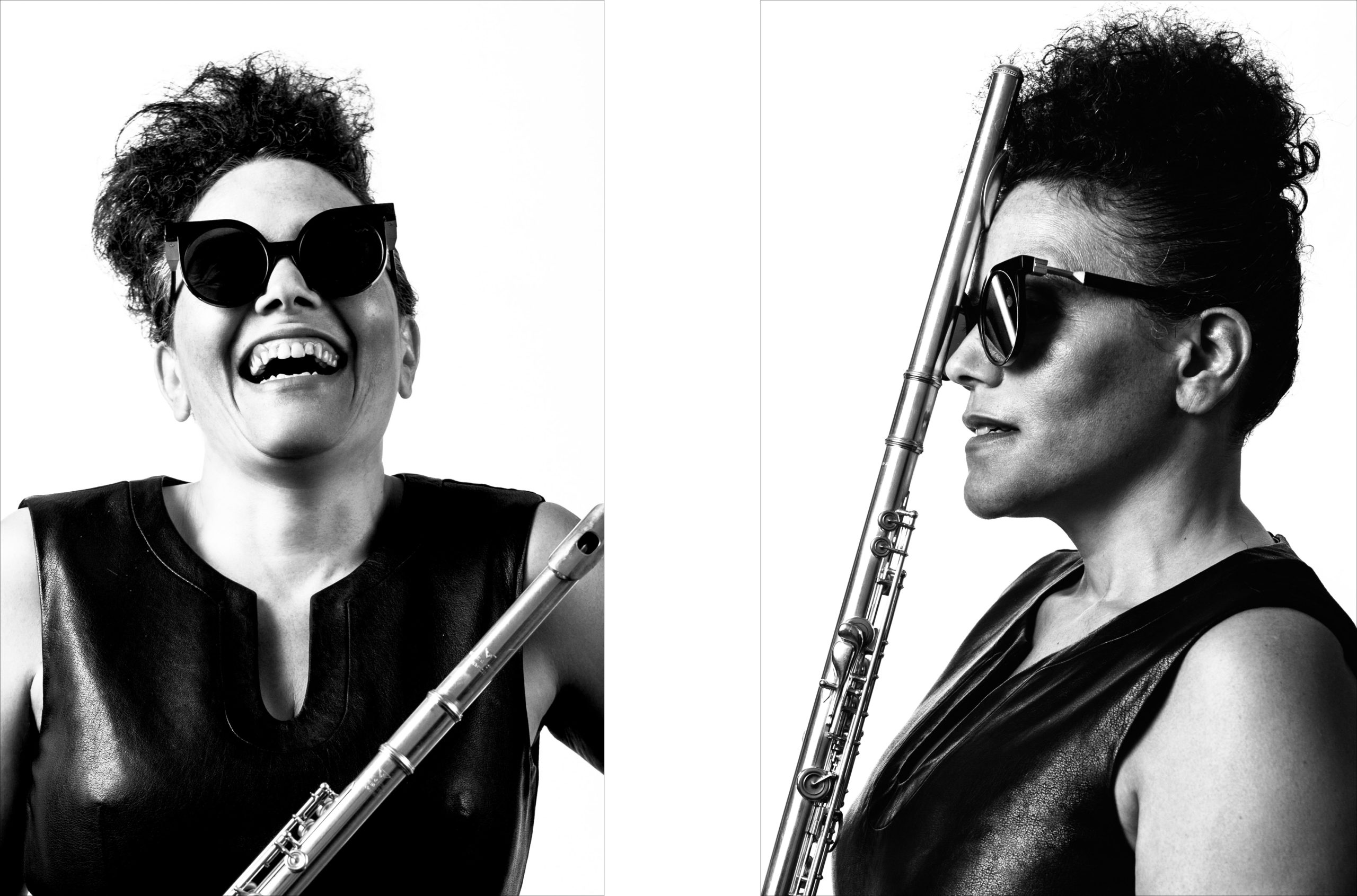 Considering her earliest influences, it’s unsurprising that Mitchell has been drawn so powerfully to the Afrofuturist agenda: “Afrofuturism was embedded in my upbringing,” she says. “My Dad named me after Lt. Uhuru in Star Trek – Nichelle Nichols – but to make it easier he named me Nicole. He said he had seen a UFO when he was a child and never stopped being obsessed with extraterrestrials. He was a scientist, an electronics engineer. My mother was an avid reader of science fiction and I discovered the work of Octavia Butler on her bookshelves when I was a teenager. As a self-taught painter and writer, my mother made paintings of landscapes with double suns, and portrayed Black women as interstellar beings. One of the greatest concepts I learned from her painting was the idea of unlimited possibility. In looking at a blank canvas, I realized that one could create anything real or imagined, that you could create something that never existed previously.” It’s an urge that has translated into her own work as a musician: “I always believed that with music we can create alternative worlds, visionary worlds that will hopefully help us to build a brighter future. One of the things I really love about connecting creative music to Sci-Fi is the idea that musicians can be scientists. The AACM has always manifested the idea that we can explore unknown territories of sound and invent new languages, concepts and systems. What better way to translate that concept but through Afrofuturism?”

Mitchell’s take on Afrofuturism plugs directly into that philosophy’s transformative imperative. Just as VAVA strives to envision a brighter tomorrow, and to make it real through action today – so Mitchell is committed to a positive and aspirational search for better ways of being. As well as her current work with Black Earth Ensemble, she’s also involved with what she calls “a multi-arts project series called Mandorla Awakening that focuses on the idea of two merging worlds — one dystopic, reflecting our current reality, and the other utopic, expressing a technologically advanced society that is in harmony with the earth.” It’s easy to spot parallel resonances with Detroit Techno: a shared yearning for transcendence and transformation, using the conjunction of music and technology to bring about a post-industrial heaven-on-earth. “The Detroit Techno scene and Chicago Afrofuturism are both expressions of reimagining our world in a modern and utopian way,” she agrees. “For both scenes it was a way of transcending racial and economic barriers. The one thing that unites them is the beat and its drive to move us beyond thought and limitation.”