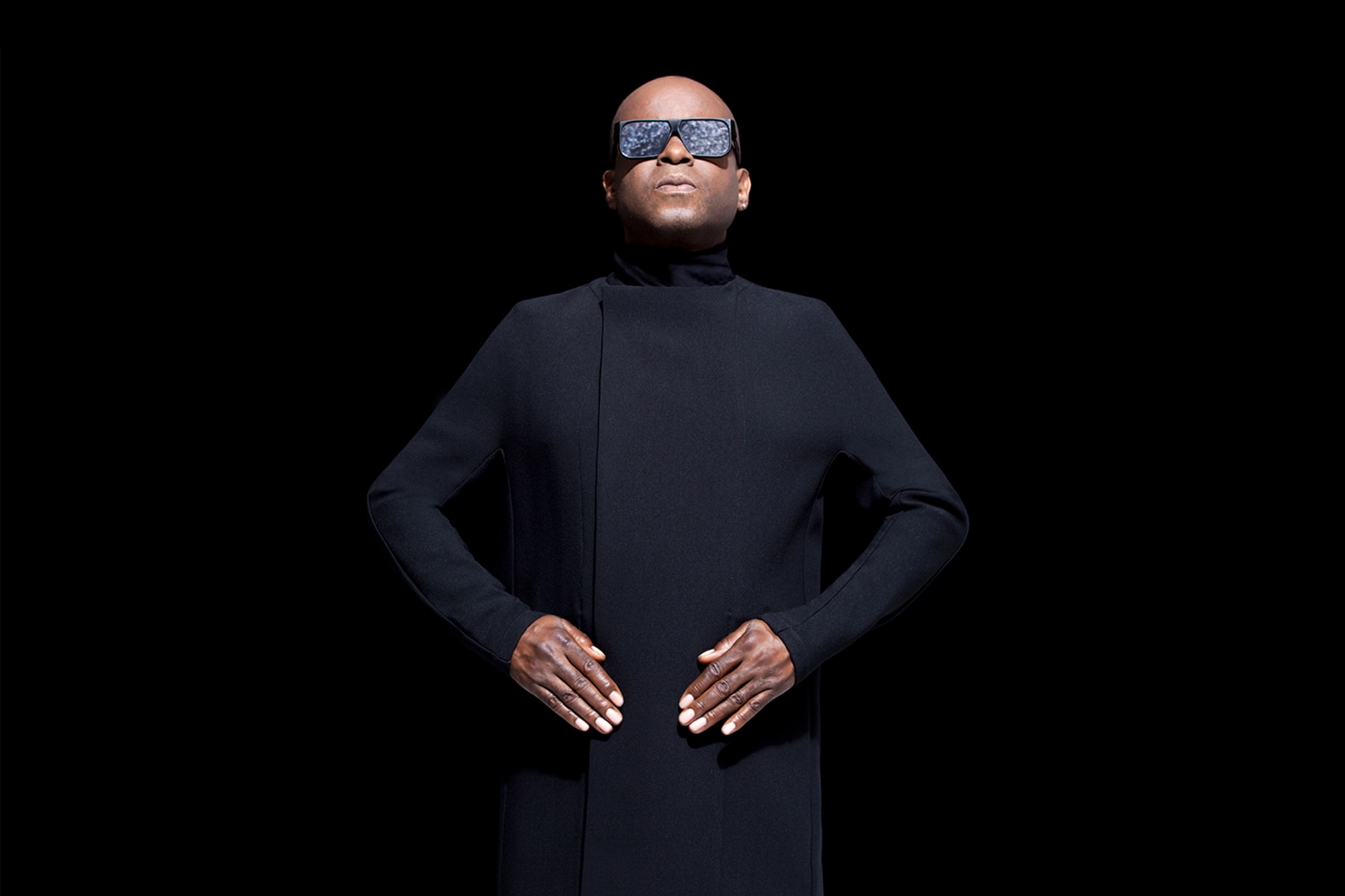 Juan Atkins represents Detroit and techno to the rest of the world. His sonic innovations with Cybotron, Model 500, Audio Tech, and Darkside, to name a few, translate Detroit’s post-industrial creative landscape into a model for change and transformation. Inspired by experimental and funky electronic music from around the world, and metaphysical ideas of a utopian future, Juan set about creating an electronic soundscape for Detroit and called this new sound techno. Atkins has proven Detroit and techno to be symbols of prosperity through rebirth, and catalysts for change. He re-envisions the future of Detroit and of the world as a thriving Metroplex of cultural, social, and economic prosperity, naming it Techno City.

“Ooh, Techno City, hope you enjoy your stay; welcome to Techno City, you will never want to go away.” – Cybotron “Techno City” 1984

Through technology and power, techno music offers the potential to create a new kind of society. Music is its means of transformation. Atkins continues to be at the forefront of this sonic and technological innovation.

“The significance of Detroit is that we just happened to see the writing on the wall at an early stage and so a lot of the early productions and compositions that we conceived were with the thought of using the latest technology and electronic gear. Thinking about the future. Looking into the future.”

As a catalyst for change and innovation, Atkins fits well with VAVA’s archetypal Magician image. He possesses the vision for a better future fueled by music and technology. Atkins’ Detroit utopia, his Techno City, offers a more prosperous and thriving version of Detroit today. Techno City holds a diverse populous where all have access to resources and technology. All people are welcome; no one is turned away out of prejudice or fear. For both Atkins and VAVA, the Techno City represents a revolutionary salvation. Technology and sound offer new freedoms to explore unconventional modes of being.

Atkins responds to a few questions about his philosophy of music and technology, his current musical projects, and the relation of music to VAVA’s vision for a technology fueled future.

What is your philosophy of the Techno City and how does that relate to Detroit today?

Detroit was a very big industrial city with all of the car factories’ world headquarters being here in Detroit. A lot of things in Detroit were predicated on this industrial age. Detroit was one of the first cities affected by technology. A lot of plants were switching over to automation and automated robots were doing the jobs that humans were once doing. Not only did it affect the car factories, it affected everybody here. What you have is the collapse of the industrial revolution transcending into a technological revolution. Detroit is naturally a Techno City.

You released some great music last year, Darkside with Mark Ernestus, and your collaboration with Moritz von Oswald. Are you currently working in the studio?

I’m always [working in the studio], I just finished a new Model 500 album. I’m actually literally working on the last track as we speak, so that should be out before the end of the summer. That’s the main thing. Once I delve into a project, I guess that’s why it takes me so long to finish it because I put 100% effort into it. I’ve worked on that album for the last couple of months and I was bound and determined to get this thing done. Of course I have Model 500 live and the live shows that I do with Moritz and of course, we’re going to be working on new material. We haven’t started on anything yet, but we’re talking. We’ve got to figure out our schedules.

How do you use technology in order to create a sound that matches your ideas of a utopian urban city?

How I create a sound is more improvisation. I don’t really look for a certain result before I actually have the result. It’s not as complicated as you might think. I know it, when I hear it. The thing about a synthesizer is that you can create sounds that are not conventional sounds. Sounds that you’ve never heard. Basically, you just go with what feels right. That’s the best way I can explain it. My mindset is space and the future and things that offer something different, something unknown, something beyond what you see in front of you. Any sounds that evoke that type of mood or that type of feeling is usually what I go for.

How does Detroit today compare to the Detroit and Techno City that you envisioned in the early 1980s?

You never know exactly, you might be able to guess about how things will be based on innovations in technology or what you have in front of you. … I knew that the computer chip and the computer would play a major role in music and how things would be produced in the future, but I didn’t foresee being able to do a whole track or even a whole album on just a laptop. And that’s something that kind of caught me off guard, but I’ve managed it. … Detroit still has a very prominent name in electronic dance music because of our early beginnings, but I think the technology and the way they are different now doesn’t just apply to Detroit, it applies to everybody.

Art is often inspired by its surrounding environment. Landscape and soundscape affect artists in profound ways. VAVA is inspired by the post-industrial world, embodied in both Detroit and Berlin; places that embrace techno music and transform it into a brilliant sonic constellation. This cultural rebirth is both visual and aural, and can be seen in the artistry of vinyl and musical production. Techno is conceptual and its artists are visionaries, welcoming intuitive and magical perception in order to propel to action processes of metamorphosis and revolution. Atkins keeps us in the moment as he challenges us to consider our future in the Techno City.